The number of CSR reports published in Taiwan reached a new high at 515 reports. Listed-companies that issue a CSR report have a significantly higher average EPS and ROE than listed-companies that don’t issue any. The UN SDGs, a common language for sustainable development, provides corporates with new business opportunities. Every year in March, corporate social responsibility (CSR) and sustainability professionals in Taiwan gather to exchange new ideas and best practices. This year’s CSR Forum also brought together a group of sustainability experts from overseas, including professionals based in Shanghai, Hong Kong and New York City, to discuss about the latest developments in CSR.

The “Analysis of Sustainability Reporting in Taiwan Report Launch Event” held its 4th edition in Taipei on March 23. The event is co-organized by CSRone Reporting, PwC Taiwan, NCCU’s Sinyi School and Taiwan Institute for Sustainable Energy. Among some of the notable keynote speakers attending this year include Mr. Charles Haines, Senior Associate, CECP’s Strategic Investor Initiative (SII), Ms. Hanna Hallin, Sustainability Manager, H&M Greater China and Ms. Sunny Sang (桑毅林), EHS and Sustainability Manager, UL whom shared with the audience the latest trends in corporate sustainability and talked about how sustainability can turn into business opportunities. 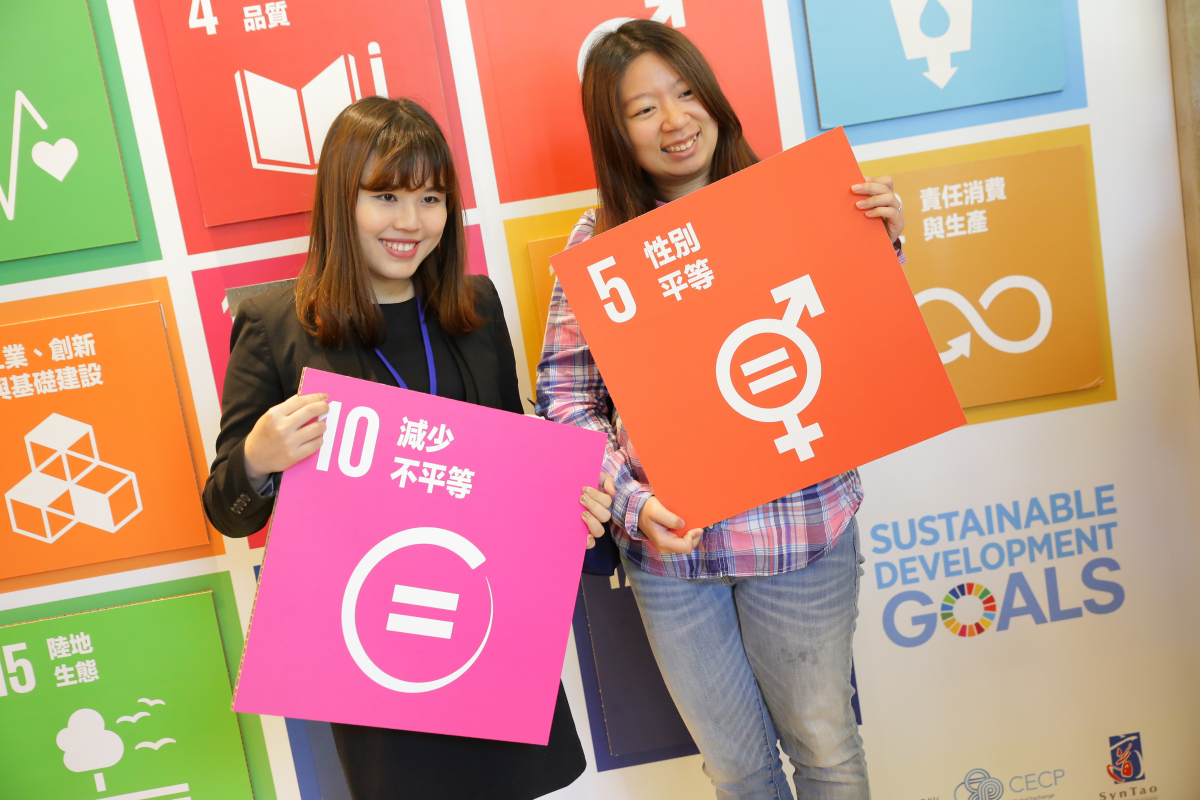 Picture 2: Attendees expressing their support for the UN SDGs.

There were over 230 attendees at the conference, with all the tickets sold out in a matter of few days, demonstrating the strong momentum and increasing interest in CSR.
In a speech delivered by Taiwan’s Financial Supervisory Commission Vice Chairman Cheng-Mount Cheng (鄭貞茂), who has attended the forum for two consecutive years, he pointed out that the growth of CSR in Taiwan has been encouraging. The number of CSR reports published in Taiwan has reached 515, many of which published by companies in the financial and ICT sector. In addition to the growth in CSR reports, about half of the CSR reports (49%) have obtained third-party verification and certification, indicating that Taiwanese companies value the quality of CSR reporting. Moreover 143 companies (27.7% of the total) are already reporting, in one way or another, to the UN SDGs. There seems to be a disconnect between what SDG domestic companies prioritize the most (SDG 8: Decent Work and Economic Growth) and what global companies prioritize the most (SDG 13: Climate Action). Vice-chairman Cheng also made a call to government organizations to similarly disclose information via sustainability reports in the future.

Dr. Eugene Chien (簡又新), one of the earliest pioneers in driving CSR in Taiwan and Chairman of TAISE, alongside Joseph Chou (周建宏), Chairman of PwC Taiwan and Sophia Cheng (程淑芬), Chief Investment Officer of Cathay Financial Holding Co. provided long-term insights for the industry and encouraged CSR professionals to continue their work. 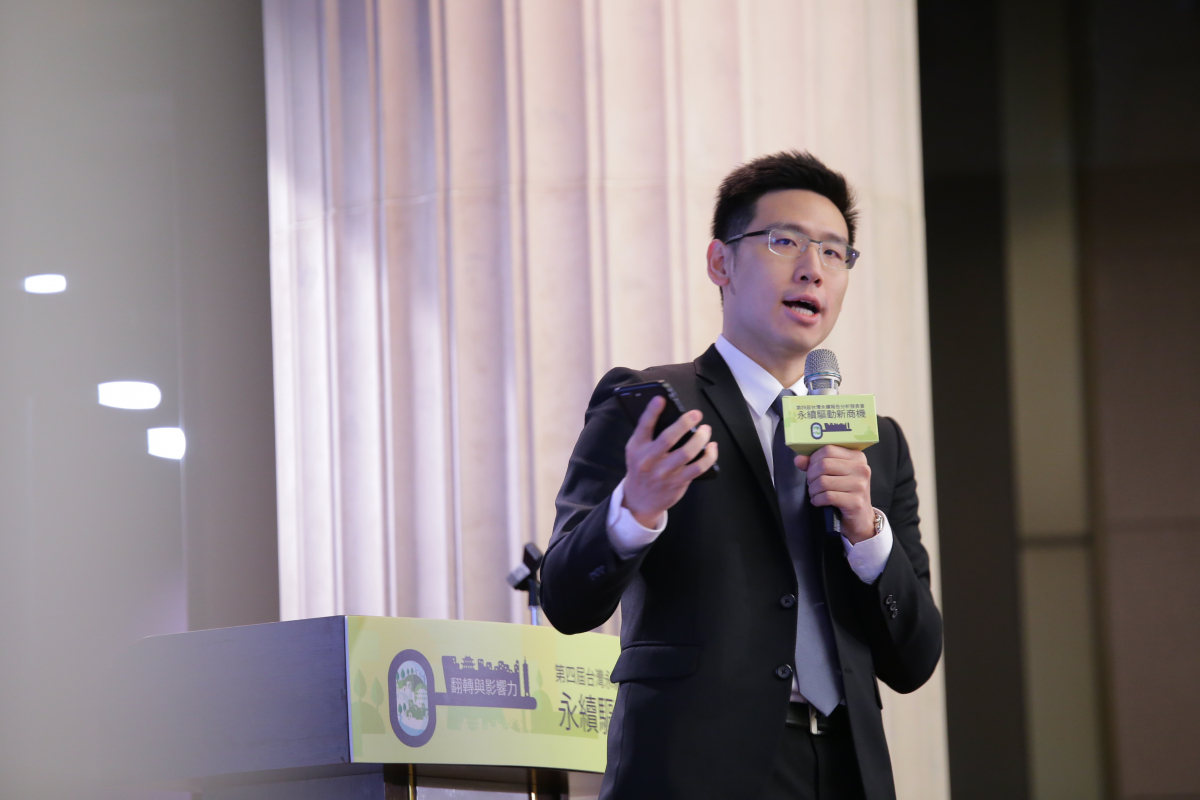 Subsequently, the highlights and findings of the report: “CSR Report Survey in Taiwan 2018” were presented by Mr. Tino Chen (陳厚儒), Senior Manager of CSRone Reporting. The research conducted for this report took about 7 months, in which the researching team analyzed 515 CSR reports issued in Taiwan looking at 505 different indicators.

Moreover, among the 515 reports analyzed, 471 reports (accounting for 91% of the total) are issued by listed-companies in Taiwan. When looking at the largest 100 listed-companies in terms of revenue, 88% of them are already publishing a CSR report, an increase of 5% compared to last year.

Picture 4: The number of CSR reports issued in Taiwan per year since 2013.
Source: CSR Report Survey in Taiwan 2018

2. Companies that issue a CSR report have a higher average EPS and ROE
Publishing CSR reports has gradually become a common practice by Taiwanese corporates in recent years to take stock of sustainability efforts and improve the company’s operations, as well as earning investor’s confidence. 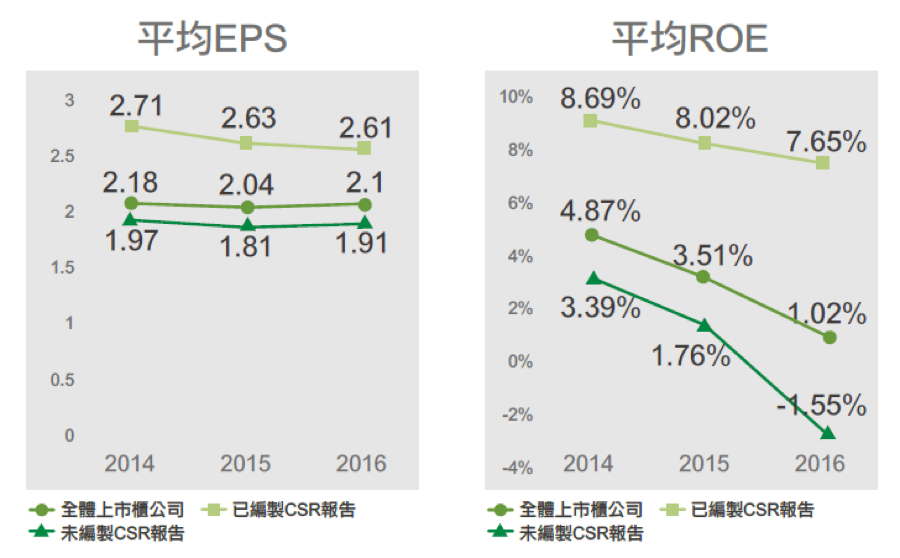 3. 27.8% of the CSR reports issued in Taiwan are already reporting on the SDGs
There are currently 143 reports out of 515(27.8%) that are already reporting, in one way or another to the UN SDGs. Collectively responsible for a combined revenue of 12.8 trillion NTD (USD $438 billion), this 143 companies represent 40% of the total revenue from all listed-companies in Taiwan. This demonstrates that Taiwanese corporates are getting keener on exploring the new business opportunities that will be created on delivering the SDGs.

4. 90% of companies in the top 5% of corporate governance ranking are already publishing a CSR report

The Financial Supervisory Commission (FSC) has made great efforts in the past few years to improve the state of corporate governance and investment environment in Taiwan. The analysis also found that 91% of the companies that are ranked in FSC’s top 5% governance list are publishing CSR reports. For companies that received a lower ranking in FSC list, the percentage of companies issuing a CSR report is lower. This perfectly explains the strong correlation between corporate governance and CSR.

In addition the conference also hosted a number of panel sessions where the audience have the opportunity to engage in conversations with panelists on different topics like the intersection of sustainability with R&D, organizational culture, and capital markets. 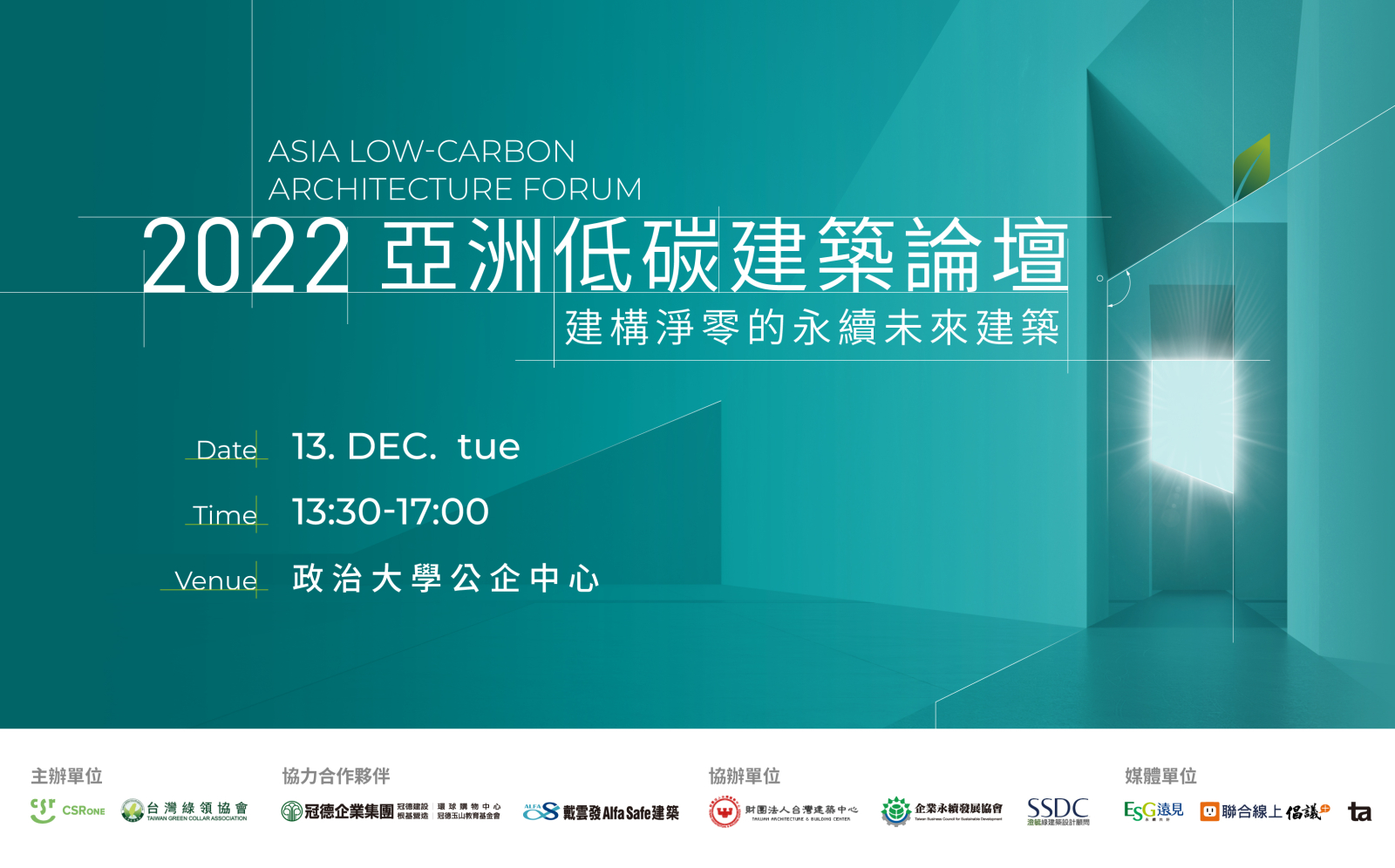 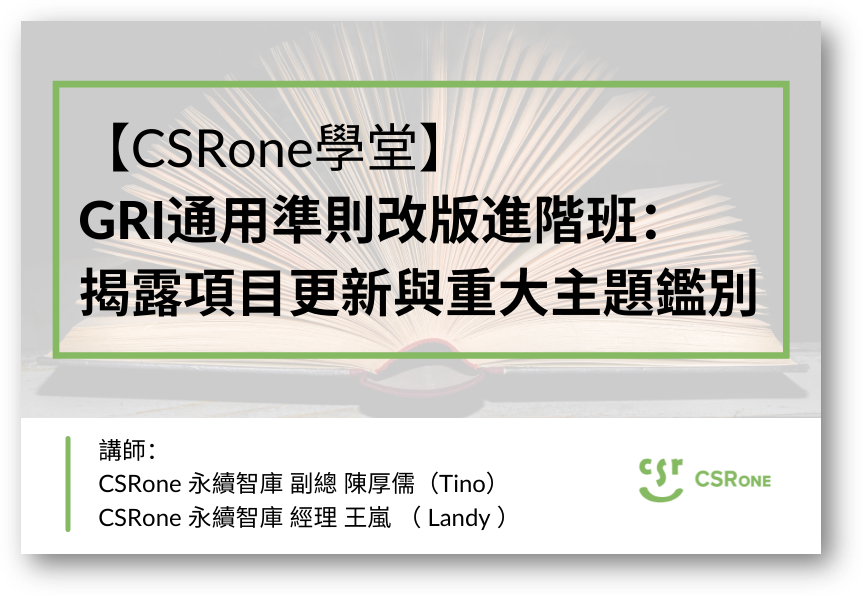 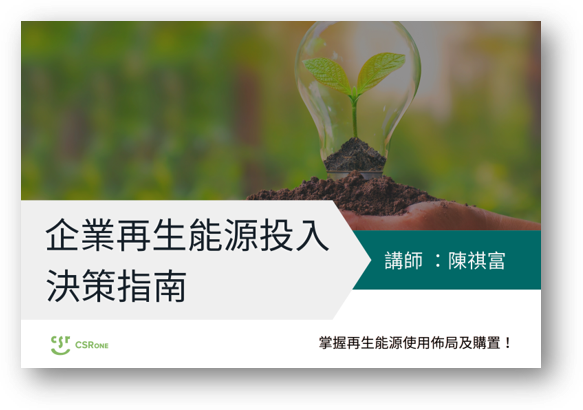