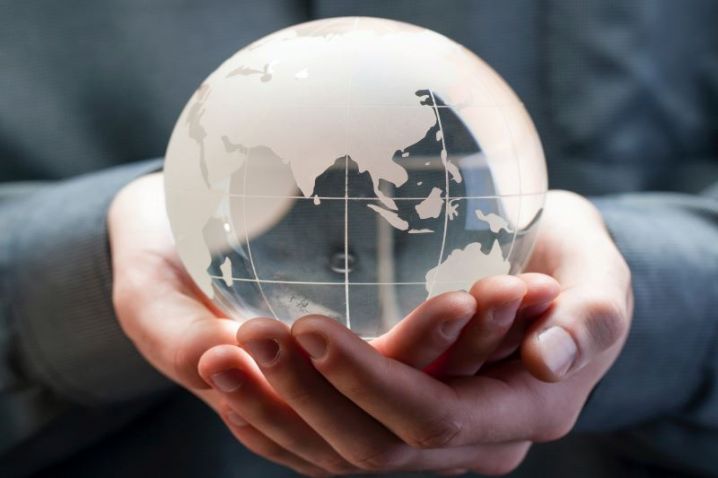 1. The top three Asia-Pacific economies in terms of overall S-thermometer scores are Taiwan, Australia, and South Korea. Taiwanese corporations achieved excellent results and get the top spot for the first time in this ranking.

2. Energy saving and carbon emissions reductions is the top theme of focus by the APAC corporations.

3.  Awareness on the opportunities of the circular economy is rapidly rising among corporations and the theme of "waste management" is becoming a new business resource.

CSRone, one of the most influential thought leaders and brands in the sustainability space in Taiwan, and the Sinyi School of NCCU College of Commerce have published the cutting edge research: Taiwan and Asia Pacific Sustainability Reports Analysis 2021, a report dedicated to analyzing the latest trends in corporate sustainability in the region and which has been published annually every March for nine consecutive years. This year, the research team compared the sustainability disclosures of the largest corporations in ten selected Asia-Pacific economies for the third time in a row and found that Taiwanese corporations ranked first in five of the key sustainability themes for the first time since the inception of this research. The top three Asia-Pacific economies in terms of overall S-thermometer scores based on the disclosures of APAC corporations are Taiwan, Australia, and South Korea.

Among the five top sustainability themes on which Taiwan ranked as first place this year, one of the themes was the United Nations' Sustainable Development Goals (SDGs). The result not only demonstrates Taiwan's determination to actively integrate with the international community but also shows the outstanding performance of the Taiwanese government and many local social innovation teams that have actively advocated under the campaign #TaiwanCanHelp in recent years.

The target group of this research are the ten largest public corporations in ten selected Asia Pacific economies (Australia, China, Hong Kong, India, Japan, Malaysia, Singapore, South Korea, Taiwan, and Thailand). For this evaluation, the research team reviewed the sustainability disclosures in the corporate websites and sustainability reports. For many years this report has been quoted by others as the most influential and relevant sources of reference on the state of corporate sustainability disclosures in Taiwan and APAC and has received generous support from PwC Taiwan and the Taiwan Institute for Sustainable Energy (TAISE). The report will be formally launched at the CSRone’s 7th International Conference on Trends of Sustainability 2021 on March 26, 2021.

This year, the research team review the sustainability reports of some of the largest 100 Asia-Pacific publicly listed corporations as based in the annually published 2020 Forbes Global 2000.  Referencing the best disclosures practices in the sustainability space of Asia Pacific corporations and major international reporting frameworks and standards, the team has identified a total of eight key sustainability themes of focus for the region (corporate governance, employee caring, energy savings and carbon emissions reductions, human rights, SDGs, social investment, training & education and waste management) under the three aspects of environmental, social and corporate governance (ESG). The research team has adopted the following grading scales, referred in the report as S-thermometer,  to measure the management involvement level of corporations in each of the specific themes. The grading degrees are as follow: "No mentions" (0 degree), "Mention in the report" (1 degree), "Specific project/initiative" (2 degrees), "Track record of performance" (3 degrees), "Specific targets/goals" (4 degrees), and "Plans for improvement" (5 degrees). The higher the scores, the more comprehensive and deeper level of management involvement the company has regarding a specific theme.

[Key Finding I] The top three Asia-Pacific economies in terms of overall S-thermometer scores are Taiwan, Australia, and South Korea.

According to the findings of this research, the top five Asia-Pacific economies in terms of overall S-thermometer scores are Taiwan, Australia, South Korea, Thailand, and Singapore (in descending order). While the overall S-thermometer scores of Asia-Pacific economies declined in general terms, Taiwanese corporations demonstrated slight growth despite adversities and emerged in the top spot this year, overtaking South Korea and Australia for the first time in three years.

Simultaneously, research data also showed that three of the ten Asia-Pacific economies presented upward trends in their S-thermometer scores. The growth magnitude of Malaysia especially stands out and is recognized with the best mover recognition. However, seven of the ten economies had downward trends in their S-thermometer scores. The economies by most declining magnitude were India, Thailand, South Korea, and Hong Kong in a descending order.

As the awareness on climate change continues to rise among different stakeholder groups, economies are drafting and implementing relevant laws and regulations. Many multinational corporations are gradually divesting from petrochemical and fossil fuels-related activities and financing projects. The Asia Pacific region is an integral part of the global supply chains. Due to its geographical location the region is more vulnerable to damages from extreme weather events. Consequently, Asia-Pacific corporations are paying special and close attention to the theme of "energy saving and carbon emissions reductions."

The research team found that the top three sustainability themes of top concern by the corporations in the Asia-Pacific region were "energy saving and carbon emissions reductions" (3.69 degrees), "social investment" (3.39 degrees), and "waste management" (3.20 degrees) out of 5 degrees. On the opposite side, the sustainability themes that require more efforts and relevant disclosures are "human rights" (2.69 degrees) and the "SDGs" (2.7 degrees).

Among all the themes, "energy saving and carbon emissions reductions" had an average score of 3.69 degrees, and seven of the ten economies had above-average scores. Australia, Japan, and Singapore even achieved a high threshold score of 4 degrees, while Thailand and South Korea scored 3.9 degrees, and Taiwan and Malaysia had 3.7 degrees. It demonstrates the fact that "energy saving and carbon emissions reductions" are increasingly being embedded into the operational goals of Asian Pacific corporations. To achieve the perfect score of 5 degrees corporations must disclose specific details on their plans to improve performance on the specific themes.

This year Taiwanese corporations ranked first in five of the eight sustainability themes of the S-thermometer: "corporate governance", "social investment", "employee caring", "human rights" and "SDGs." The research team further analyzed the data and found that the largest improvement of the top ten Taiwanese corporations was on the theme of "employee caring" (3.8 degrees) this year, an increase of 0.40 degrees from the previous year.

Along the crisis of environmental degradation and rapid depletion of natural resources, the world has begun to promote the concept of "circular economy", a non-linear oriented business model aiming to reduce waste and preserve value as long and as much as possible. Waste is no longer just waste, but a new alternative resource. The disclosure, management, renewal, and recycling of waste have gradually become the basis for corporations to explore new opportunities and develop new business models.

The CSRone research team discovers that since the launch of the S-thermometer analysis in 2018, waste management has quickly risen from the fifth place to the third place in terms of the involvement level of corporations managing the theme. Among these economies, Singapore grew steadily on the theme of waste management with a score of 3.6 degrees, it ranked No. 1 in the Asia-Pacific region in 2020 along with Thailand, the first place of the previous year. Japan, South Korea, and Taiwan achieved relatively good performances of 3.4 degrees.

[For reference: The list of the ten largest publicly listed corporations in ten selected APAC economies]

(Note: As the website of Oil & Natural Gas, an Indian company, could not be accessed during the research period, hence its sustainability report and other relevant public information could not be obtained. Thus, the company was excluded from the scope of this year's research.) 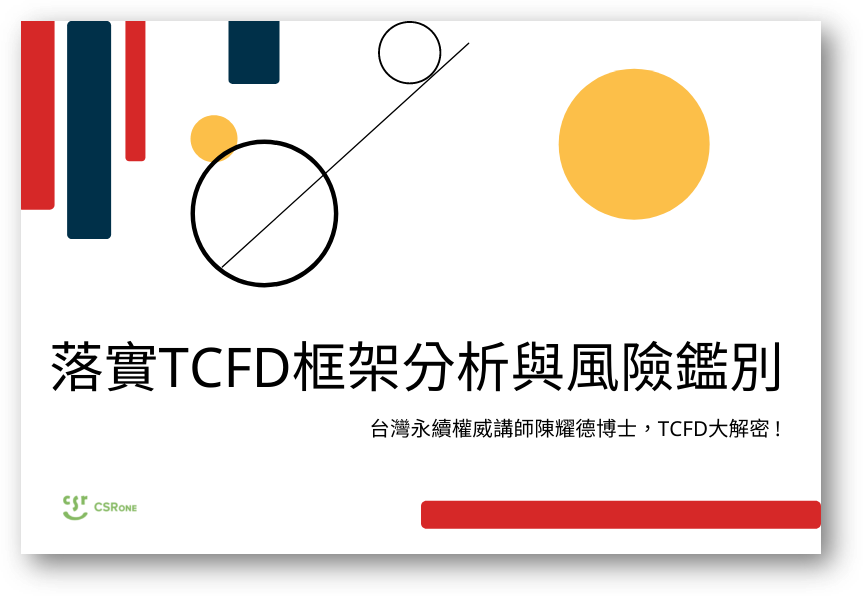 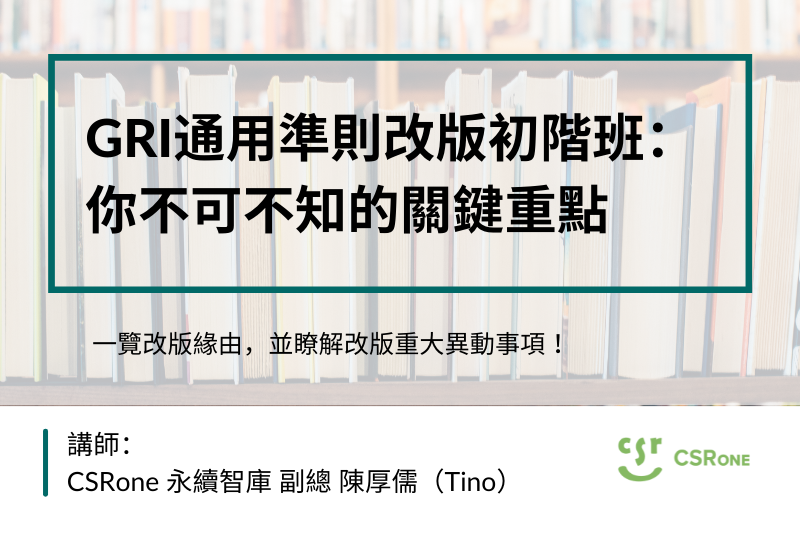 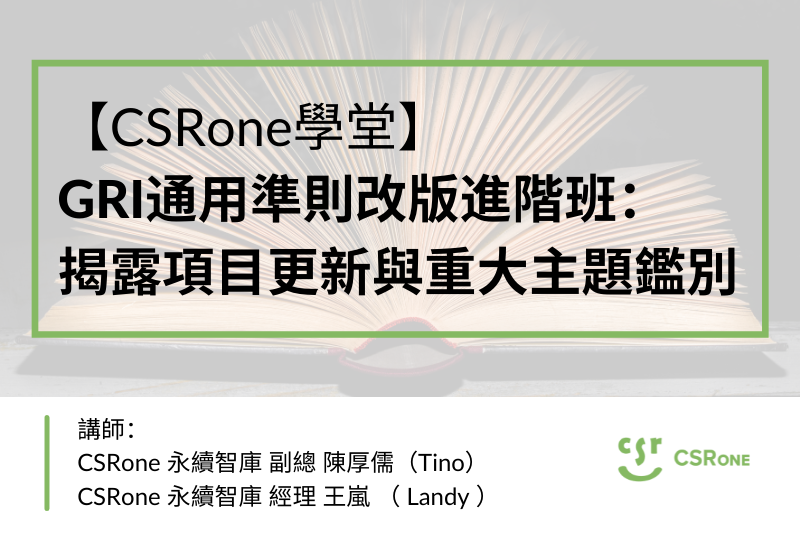